Health & Beyond, Care for your life!

The History of Hand Sanitizer

The Centers for Disease Control and Prevention does state that in preventing the spread of coronavirus, "If soap and water are not readily available, use a hand sanitizer with an alcohol content of at least 60 percent."

In fact, this is the main ingredient in hand sanitizer: alcohol. Most hand sanitizers contain 60 to 95 per cent isopropyl alcohol or ethanol, mixed with water and gels such as glycol and glycerin to prevent the user's skin from drying out. The resulting product is often sold as a hand gel or liquid spray under brands such as Purell or GermX.

However, although alcohol has been used as a preservative since at least the late 1800s, the exact origin of hand sanitizer is still open to question.

One version of the story points to Lupe Hernandez, a nursing student in Bakersfield, California, in 1966, who invented a mixture of alcohol and gel to be used by doctors before treating patients when they did not have time to touch soap and warm water. 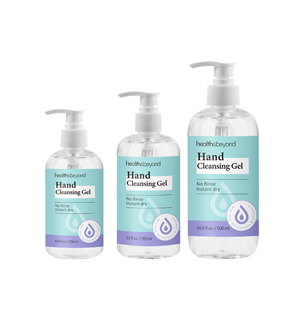 However, a recent survey conducted by Smithsonian Institution historian Joyce Bedi was unable to find any trace of Hernandez or any evidence of a US hand sanitiser patent under that name in the 1960s.

Then there was Sterillium, which the German company Hartmann claimed was "the world's first marketable alcohol-based hand sanitiser" when it hit the shelves in Europe in 1965. It was made from glycerine and 75% alcohol.

Still, others trace modern hand sanitizers back to Goldie and Jerry Lippman, a married couple who in 1946 developed a waterless hand sanitizer for rubber factory workers who had previously used harsh chemicals like paraffin and benzene to eventually remove graphite and carbon black from their hands during their shifts. The product, which they called Gojo (a mixture of their names), was a mixture of petroleum jelly, mineral oil and alcohol at a concentration of less than 5 per cent, and is still used today by auto mechanics and other workers to remove substances such as grease. 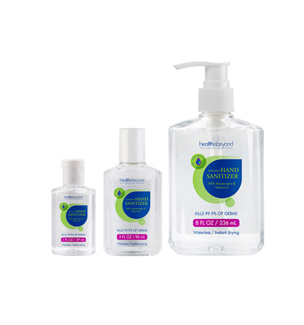 According to the New Yorker, the Lippmans mixed their first batch of Gojo in a washing machine in the basement of Goldie's parents' home in Akron, Ohio, where the couple lived at the time. They put the resulting product into pickle jars and sold it from the trunk of their car.

Gojo continued to sell its products as industrial cleaners for the next few decades. Then, in 1988, the company invented Purell hand gel, which consisted of 70% ethanol as the main ingredient and propylene glycol. Although Purell is now the world's best-selling hand cleaner, it took some time for shops to sell a product that most everyday customers didn't really need. As a result, Gojo did not release Purell onto the consumer market until 1997.

Germs are everywhere! They can get on the hands and objects we touch in our daily activities and make us sick. Washing your hands with soap and water or a hand sanitiser with at least 60% alcohol content at critical times is one of the most important steps you can take to avoid getting sick and spreading germs to those around you.

Next: How Do I Use Mouthwash?